by Mighty One Man Band 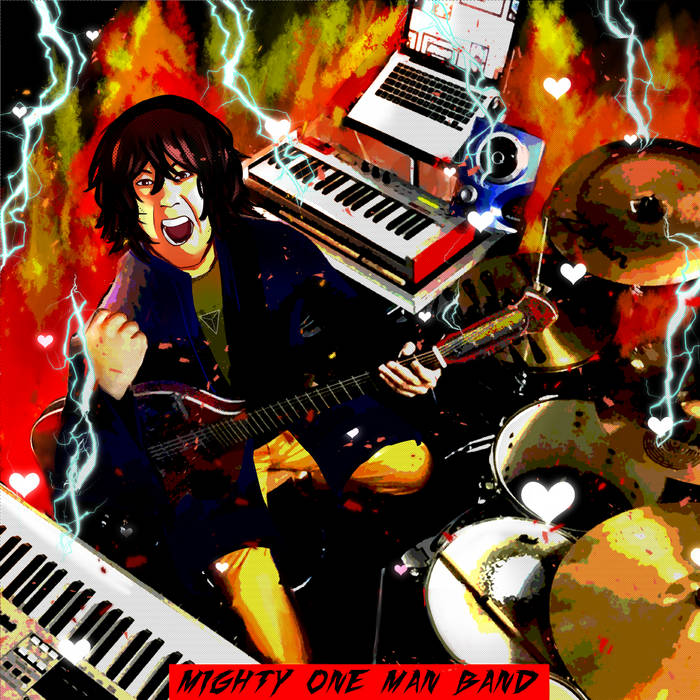 ​One of the songs, “Insurgency”, is inspired by Mighty One Man Band’s personal story about growing up during the brutal Suharto dictatorship in Indonesia. Another song, “The Co-Pilot”, is a piece Mighty One Man Band wrote for his wife and tells the story of two people who have been in love with each other for an extended period of time. Other songs have relatable themes for humanity as well; and all songs from the album can grab you with their massive hooks.

​Just as the verbatim artist name, Mighty One Man Band sings and plays every musical instruments completely by himself; and during live performances, he even does it all simultaneously! All music from the album is also composed, arranged and produced by the man himself. In other words, Mighty One Man Band is a forward-thinking, samurai singer-songwriter and a multi-instrumentalist on a super-heroic level. Watch his live performances if you don't believe this statement.

So what are you waiting for? Go grab Mighty One Man Band's self-titled debut album now on Bandcamp!

​Since initiating his solo career in the 2010s, Bruce Atomo has found a new outlet for his creative performances by simultaneously playing guitar, piano, synth, drums, and bass... all while singing! Hence, the Mighty One Man Band was born as Bruce has taken his multi-instrumental skills to super-heroic level! ... more